Book Review: The Only Good Indians by Stephen Graham Jones

My rating: 3/5 – A great read, but only if this type of sub-genre is your thing
1 sentence review: Graphic and intense, The Only Good Indians is an oddly-paced but deeply gripping psychological revenge horror.

Pros: a riveting horror that sinks deep into your psyche, a great premise that weaves culture and tradition together seamlessly
Cons: story-telling choices made for odd progression, some sections and scenes are bogged down, interfering with the pacing and draining the flow of suspense.

Good for readers who: Enjoy revenge horror and adrenaline-fueled thrillers with a bit of slasher action.
Not so great for readers who: Don’t care for gore or graphic murder in their horror, dislike the intensity of psychological slasher thrillers or emotional fracturing as a way to create suspense.

I want to be really up-front and say that 1.) if I knew more about this story, I wouldn’t have read it. It’s the kind of horror I specifically try to avoid. 2.) I skimmed the last 15-ish% but I did catch all the major points.

I originally picked this book up because I like monster horror: something lurking in the woods with human intelligence. I honestly thought it was going to be more on the cryptid side, but the horror ended up being more about the slow, inevitable approach of graphic death and the frightening frailty of the human mind. Bodies (both animal and human) piled up, and the aftermath of their cruel deaths were described in detail.

Pro: the story is gripping. As someone who avoids this type of psychological horror, I will say that the book ensnared even me, and it’s the first book this year that I got through in a single day. It’s incredibly gripping, pulling you in and not letting you look away. It’s revenge horror, so it’s basically like a train wreck: the excitement comes from knowing what will happen and not wanting to see it, yet being unable to stop yourself from hurdling towards it.

Con: the pacing was really odd. The summary would have you believe that the book is about revenge visited upon four people, and that’s both true and very not true. What you assume is the height (and end) of the story due to the intense riotous confrontation actually isn’t the conclusion at all; there’s a good chunk of the novel left. While it tries to keep the action going, there’s really no coming back from the height of what you assumed was the big finish. As a result, the ending really dragged for me.

Con: Jones assumes you know a lot about basketball and motorcycles. This the first sentence in one of the beginning chapters:

I didn’t actually know what the first half of this sentence meant—or what a “bitch seat” was (which showed up a few sentences later.) It actually took me a few pages, and it wasn’t until Jones actually wrote the word ‘motorcycle’ in the next scene that the image could coalesce in my mind correctly. Until then, I assumed they were driving cars, even though the imagery didn’t fully fit.

The same thing goes with basketball, which shows up a ton in the final third of the book. Descriptions of, I assume, basketball moves and positions and terms fly by, and mean nothing to me. I couldn’t picture any of it in my mind. I kind of just skimmed much of it and read the dialog that was happening during the games.

I don’t know how relevant this point is, though. Not being firmly entrenched into what’s generally considered American culture, it may be that I’m just ignorant of terms and facts that are common to most US readers.

Overall: There’s no denying how engrossing, heart-pounding and even terrifying this story is. For revenge horror fans, it’s a must. For everyone else, it’s a choppy but great read if you know what you’re getting into.

7 Comments on “Book Review: The Only Good Indians by Stephen Graham Jones” 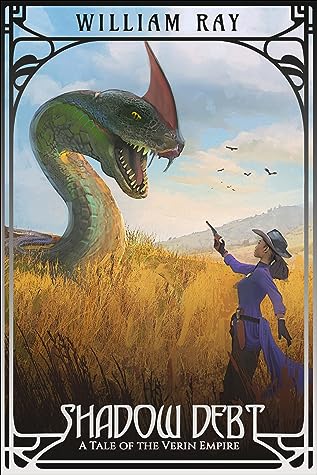 Beneath A Thousand Skies
Black Sail Books
The Book in Hand
Bookends and Bagends
A Dance With Books
Falling Letters
First Line Reader
Infinite Speculation
Jake is Reading
Jorie Loves a Story
Natrosette
Off the TBR
Onemore.org
Parsecs & Parchment
Roll to Save Podcast
Spells and Spaceships
The Swordsmith
Velvet Opus
Whispers & Wonder
%d bloggers like this: