Book Review: The Jealousy of Jalice by Jesse Nolan Bailey

1 minute summary: The land and its people are corrupted. The Sachem, chief of the Unified Tribes, is to blame. Annilasia and Delilee risk their lives enacting a scheme to kidnap the Sachem’s wife, Jalice, whose past holds a dark secret that could help undo the great evil her husband has brought upon the world. (Full summary)

Pros: Inventive interesting world, great mystery, nuanced gray characters
Cons: Could have used a bit more polishing in the editing phase; I would have preferred a lower pace of the background reveal.
Good for readers who: like dark fantasy, horror elements and slow-drip world building.
Not so great for readers who: don’t like dark imagery or horror aspects in their fantasy; prefer larger, more epic scale stories with many characters; need likeable, charismatic or heroic characters.

I did it guys, I finished one book for Wyrd & Wonder! Readers will know it was a rough month for me; I crashed and burned both in my personal and online life. I had to set some boundaries for myself and take a step back, and part of that process was basically giving up on reading. I assumed I was going to go the whole month without finishing anything.

Then I found out The Jealousy of Jalice was free for a few days, so of course I had to  download it. I read the first couple of pages, and it was all downhill from there (in a good way.)

I was so excited to read this book. It’s the first self-published book I’ve ever read. This is also the first dark fantasy I’ve ever read—a genre I’ve wanted to get into for awhile. I honestly didn’t know what to expect from self-publication, but I was deeply pleased by The Jealousy of Jalice. There is so much to love about it.

Great world building: I just loved everything about Bailey’s world. I loved the tribes, the tattoos, the clothing, the fortress of wood, and the whole feel of the society. Oh, and the womens’ hair! It’s so refreshingly different. Combined with all the new terms, it was a lot to take in, but Bailey pulls off a smooth transition without tedious info dumping. Usually I’m very aware of exactly how I’m transitioned into a new world, but it happened so easily with this book that I didn’t even notice. Bailey also sprinkles in so many delicious tidbits about the world’s history, and I’d read the next book just to piece it all together.

Fascinating magic system: I really loved this book’s magic system, which relies on layered realms, transitioning between them and the various beings that dwell there. The mystical aspect of the world was so richly built and imagined. I feel as though we’ve only scratched the surface of it, and I’m excited to see how its used to greater effect as the story progresses. (The Jealousy of Jalice is book 1 of a series titled A Disaster of Dokojin.)

Unique characters: There are no shining heroes in The Jealousy of Jalice. Bailey took a lot of risks by having us follow characters that are honestly not that likable—both personality and action-wise. At one point or another, everyone got on my nerves. I’m a very character driven reader, so I’ll chuck a book if I don’t like the people in it. But I found their personal journeys compelling.

Other notes: the pacing is breakneck; there’s no gristle on this book. I appreciated that, although I personally prefer when certain revelations are made after I have a handle on the characters/situation and form my own opinions. An example would be the relationship between the female characters. It would have been a nice gut punch to find out their relationship after the kidnapping. But that’s just me.

I have one real critique of The Jealously of Jalice, and that’s the fact that the writing could have been polished up; there are a few things which should have been caught in the editing phase: some basic grammar mistakes, words missing, wrong pronouns and incorrect words accidentally used. But there were also awkward sentences that could have easily been smoothed out (the wording was unwieldy enough that reading them felt like tripping over a rock during a nice leisurely stroll), and some sentences could have been cut completely.

But overall, this was a great book, and I feel as though I could not have picked a better novel for my introduction to the world of self-publishing. Bailey has real talent that I’m excited to follow, and while I know the road to publishing your own book is a rough one, I think the SFF reader community is all the richer for his hard work.

← Would You Rather: Book Edition
Book Chat: June Reading Plans → 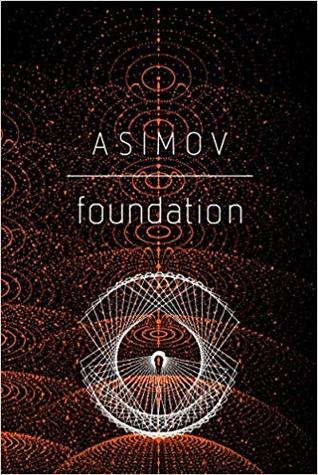