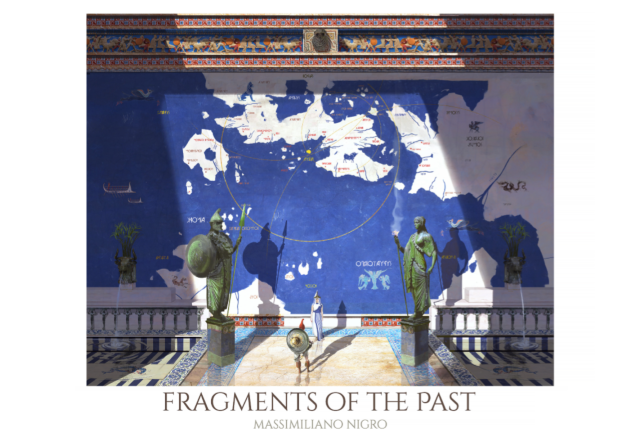 1 minute summary: Historical, cultural and geographical perspectives from the Mediterranean-inspired world of Askedoria.

Pros: Well-written and well-developed world with beautiful illustrations.
Cons: Too short, stories can be uncomfortable depending on your threshold for violence.
Good for readers who: Enjoy Mediterranean history, love world building, or roleplayers who appreciate setting possibilities.
Not so great for readers who: want a novel or in-depth story, love to get lost in an expansive tome encompassing a civilization, or expect an art book.

[An interview with the author and artist of this book will be posted here on as part of Wyrd & Wonder, on Wednesday, May 13]

This work can be purchased here. It was not on my 2020 book list, and is a little different overall than anything else I’ve read. I found the Italian author (who is also the artist) while looking at speculative art (as I often do.) I was immediately drawn to the detail of his Mediterranean-inspired art. The colors of his work are so vivid and used so well; his details show a deep knowledge for the culture and art of the area. I discovered he had just released a small PDF book (no physical copies yet, thanks COVID-19) about his fictional world called Askedoria, which is actually his D&D group’s campaign setting. I like to support not only new artists, but new ideas in speculative world-building. A roleplaying campaign not set in Medieval Europe? Yes, absolutely.

Fragments of the Past is exactly what it sounds like. Each chapter is a literal fragment of a fictional piece of writing, detailing the geography, history, culture and myths of the peoples in the Ophiotaurus Ocean region. The fragments are written in a style recalling Strabo’s Geographica or Tacitus’ Historiae, and the narratives are very well done, each with a different voice, but coherent as a collection. Keep in mind that this is not an RP book, despite the origins of Askedoria. Knowing it was borne from a D&D campaign, I approached it as roleplayer, looking for clues to build a character or a campaign. But this is a lore book.

As a world, Askedoria is very refreshing; I’m always up for worlds that pull from interesting historical times and cultures. I was initially somewhat disappointed to see a lack of any extraordinary aspects usually found in speculative world-building: magic, non-humans, monsters. But then those are pretty tired tropes themselves, even if they do contain endless possibilities. Askedoria is fairly straightforward as worlds go, but therein lies its hook, and creating a successful campaign in it would be a fun challenge to anyone tired of vanilla settings. At the same time, I would hope that it takes yet another page from Mediterranean history and leaves wide gaps in its timeline and records. If it does not add fantastical elements to its world in traditional ways, then a sense of intrigue through historical mystery goes a long way in making a world fascinating.

The three Ghosts of Ancylus Lake

The myths and legends contain a ton of violence and sexual violence in particular, as mentioned in my ‘warnings.’ I was a little put off, but the narration doesn’t glory in it. Rather, it states events factually, as most historical writers do. The tales are keeping in style with Greek mythology, which was pretty bonkers even at its tamest. Whether it was necessary for Askedorian mythology, well, I guess that’s a matter of debate. Considering how heavily Nigro’s world borrows from reality, it doesn’t surprise me that he chose to keep the violent style of creation lore for his own setting. Most creation myths throughout the world are hyper-sexualized and violent to the point of improbability, and many deal with common themes such as jealously, lust, anger and war. This might put potential readers off depending on their threshold. It should also be noted that in Fragments of the Past, the gender and power balance in the violence is equal. Still, be aware of your level for violence.

As to the art, any history fan will recognize and appreciate the inspiration taken from the frescos at Knossos, the iconic stances of the temple statues or the designs and decorative themes of the vases and musical instruments. Nigro clearly has a love for the Mediterranean and has done his research. The full-page images use an interesting mixture of textures and broad brushstrokes that feel dream-like when interspersed between the detailed artifact illustrations. I enjoyed how Nigro used these two styles to depict a legendary past versus historical fact. I also loved his maps—and I’m not a person who cares about maps at all. I think his ones are the first I’ve actually bothered looking at. 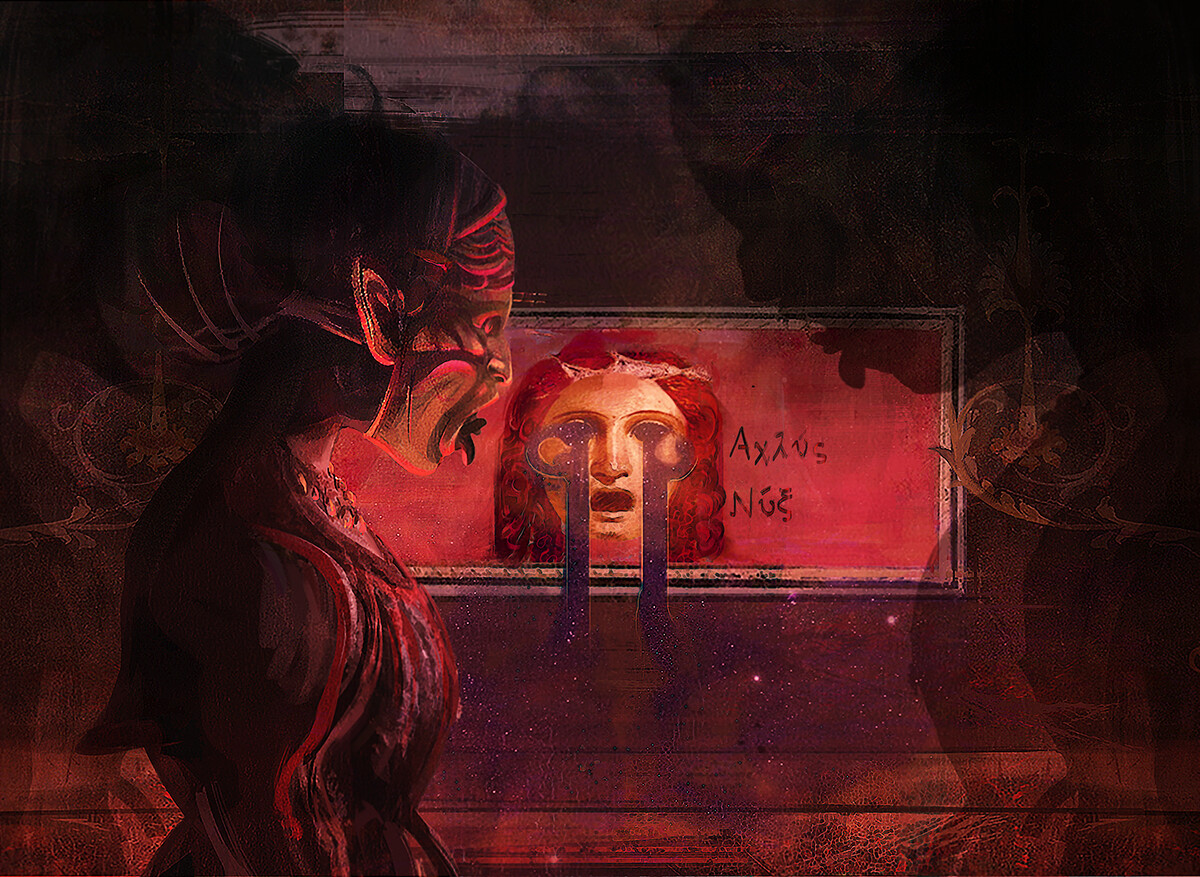 The Ancilla of the Murenae Cult

When making a book about a whole civilization and its mythical tradition, the problem is that the book should probably be at least 200 pages in order to offer a truly immersive and satisfying experience. Anything else feels like too little. This book was scant, and left me with many questions (along with a desire to see more art and depictions of locations.) But I’m not going to blame Nigro for this. Trying to encompass the history of a whole detailed civilization is an incredibly ambitious project for one person: each image represents hours of work, even before you can get to the writing, editing and layout. Nigro chose a very interesting and satisfying format to tackle this problem, but I still wish it was three times longer.

Fragments of the Past is a beautiful and well-written slice of a fascinating world, especially as a first, independent project.

Like Loading...
ABOUT THE 13TH SHELF
Reviews of books and book-ish things. Mostly spectulative fiction and a touch of the paranormal. Maybe some non-fiction too.
ABOUT ME
Hi, I'm Rin! I'm just your run-of-the-mill bookworm geek, enjoying all sorts of places that don't exist. More...

DNF: did not finish. I give a novel 35% of the book to hook me before giving up. DNFs are not necessarily bad books.
GREAT SF & F BOOK BLOGGERS
Beneath A Thousand Skies
Black Sail Books
Bookends & Bagends
A Dance With Books
Falling Letters
Jake is Reading
Infinite Speculation
Natrosette
One More
Parsecs & Parchment
Roll to Save
Spells & Spaceships
Follow The Thirteenth Shelf on WordPress.com
%d bloggers like this: